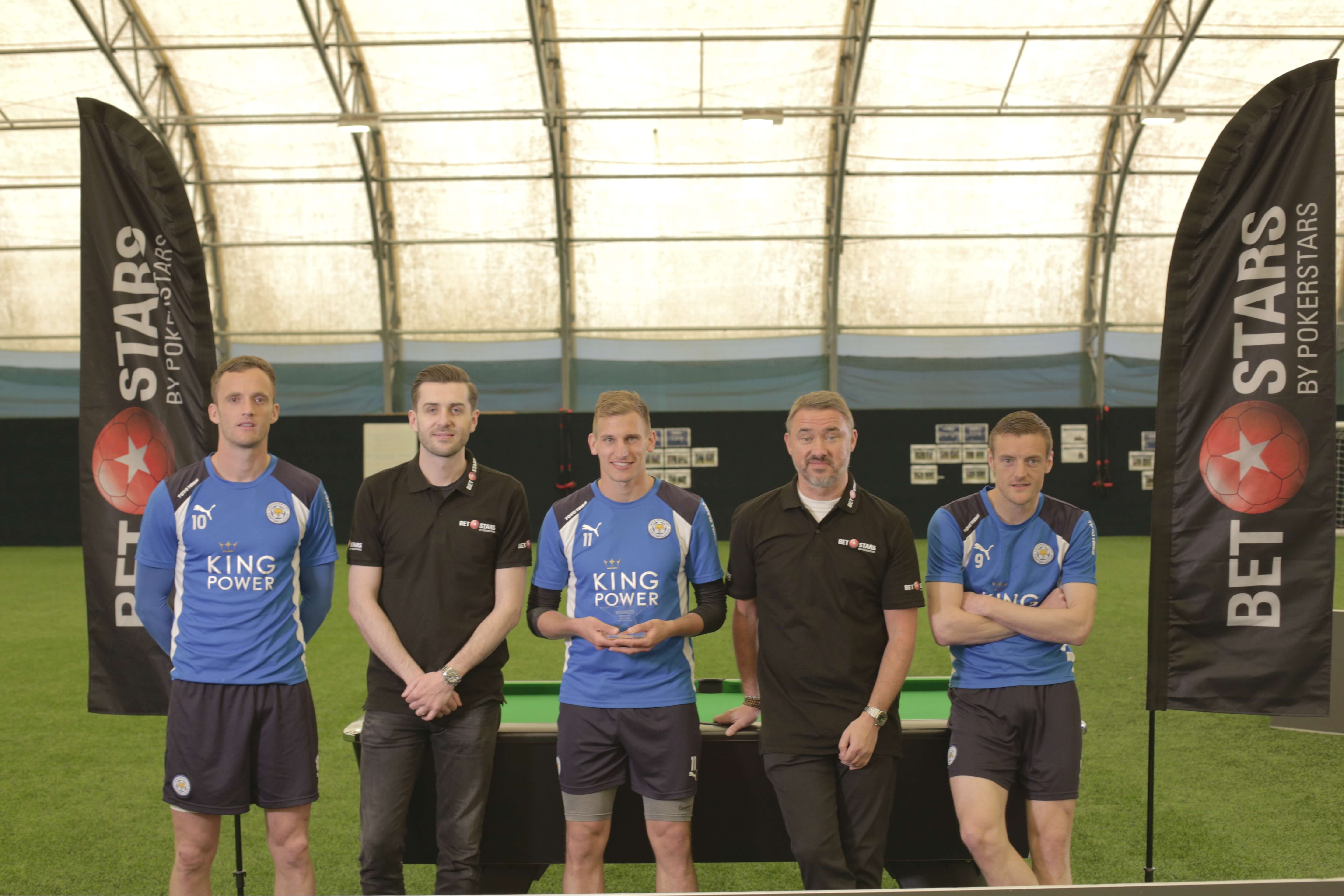 Each player was given three attempts to take on a trio of different challenges – a test of straight cueing, a two-cushion pot and a tricky swerve shot. To watch the video go to BetStars social media channels here: http://bit.ly/2omtVpt

It was Vardy who fancied his chances at the start of the challenge, but despite the England striker’s confidence, it was Albrighton who proved himself to be the real hot-shot, bagging two of his three attempts at the straight black with Vardy and King only managing one successful pot.

King proved himself to be right on cue for the second challenge, successfully potting the black off two cushions on two of his three attempts, to set up a tense finish ahead of the third and final challenge.

The Welsh midfielder got himself into a spin when trying the swerve shot around the red, so with Vardy impressing the two snooker champions with his cueing ability after two successful pots, it was he and Albrighton that were put on the spot to battle it out in a tie-break game of pool. After potting a ball off his break-off shot, the winger went on to clear the table to score a resounding victory.

Albrighton’s victory is his second in the BetStars ‘Face-Off’ series after he also claimed victory in the Team GB Hockey Challenge. He said: “It’s an honour to win the BetStars Pool Challenge, as there was some really stiff competition. I think Jamie was pretty confident he had this in the bag, so this is definitely one for the underdog!”

Seven-time World Snooker champion Stephen Hendry was impressed with what he saw from the Foxes players: “There were some pretty tricky challenges today so I think the guys showed that they have plenty of ability on the pool table. Marc has clearly been honing his skills and proved himself to be the dark horse of the competition!”

Reigning World Snooker Champion Mark Selby also enjoyed meeting his Leicester City idols: “I’m a massive Foxes fan so it was great to come down to the training ground and see what the guys were made of. Congratulations to Marc, he fully deserved his victory!”

Zeno Ossko, Managing Director of BetStars, added: “The ‘Face-Off’ challenge has already pitched the Leicester players up against a series of champions from hockey and rugby, so inviting famous Foxes fan and current World Snooker champion Mark Selby alongside Stephen Hendry was an obvious next choice. There’s probably no one better to learn from and once again it was Marc who showed that he’s a man of many sporting talents!”

To see more exclusive footage from the BetStars Face-Off series head to www.facebook.com/BetStars