Tony Rogers, a 45-year old graphic designer from Burgess Hill, UK won a package to PokerStars Festival Lille (July 15-23) thanks to his win in the $2 Big Race poker tournament. The victory entered him into a Royal Ascot Gold Cup sweepstake that gave him the winning horse Big Orange gifting him a €1,825 Festival package. Rogers will head to Lille bringing his wife and parents to rail him while he contests the €600,000 guaranteed prize pool in the PokerStars Festival Lille Main Event.

Amount won by Andreas ‘daskalos20’ Christoforou from Cyprus during the Sunday Million. Christoforou defeated 5,764 players for the largest slice of the guarantee-busting $1,152,800 prize pool.

In recognition of the growing community of players participating in discussion and voice chat platform Discord, PokerStars is offering a freeroll on Saturday, July 1 at 1pm ET that awards five seats in the Road to Barcelona Ultra Qualifier taking place the following day (July 2). The seats are worth €215 each, totalling over €1,000 in value being given away by PokerStars.

Total buy-in for the PokerStars Festival Main Event in Uruguay taking place September 18-22. The final Latin American stop of 2017 heads to the stunning resort city of Punta del Este (Sept 16-23).  The luxurious Conrad Hotel & Casino will play host to the event and offer a variety of tournaments such as the $3,300 PokerStars Festival High Roller, $440 PokerStars Cup and the $220 PokerStars Open.

On October 21, 2017, the New Jersey Chapter of Autism Speaks will host the Chip In for Autism event in Jersey City.  The event will honor Bill and Michele Sorvino along with Kerry Magro for their dedication and commitment to Autism Speaks. The event will feature a cocktail reception, open bar, raffle, poker, and casino style table games.  The top poker winners will have the opportunity to win technology products including smartphones, virtual reality devices, smart- watches, tablets and more. To reserve your tickets, please register at Autism Speaks. 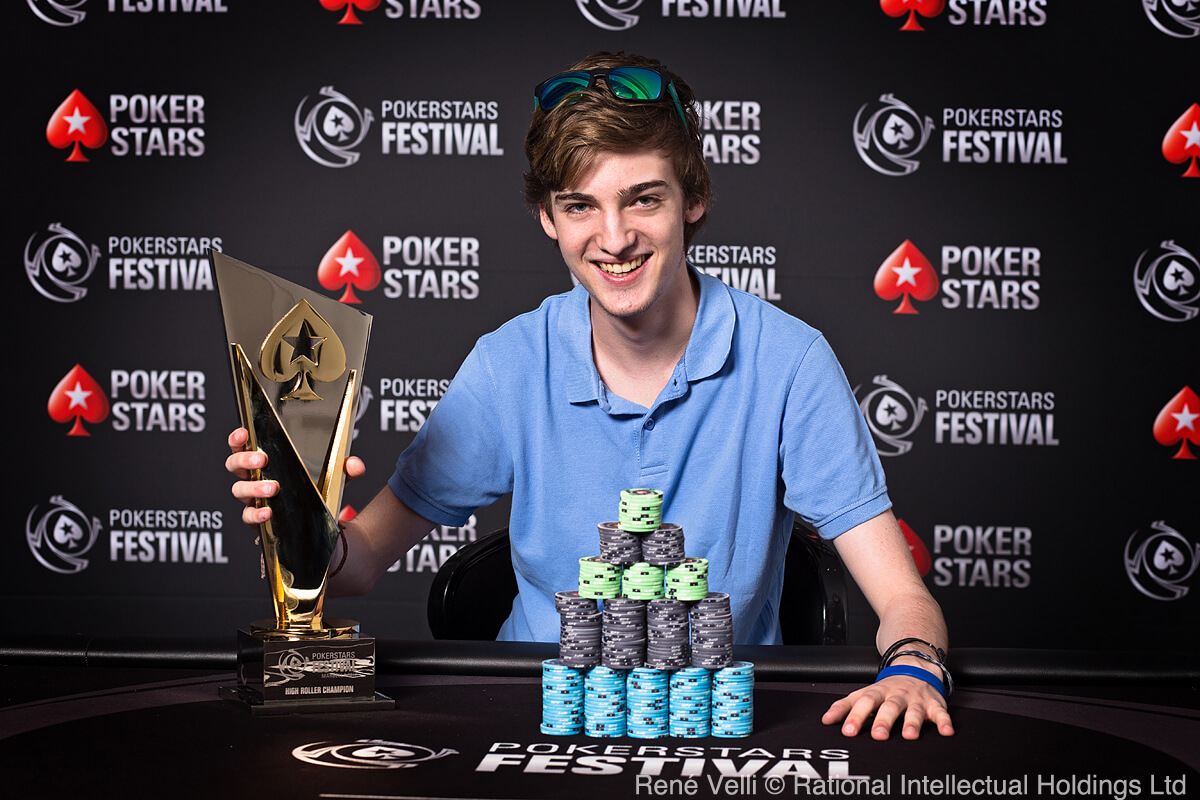 Snooker legend Stephen Hendry travelled to PokerStars Festival Marbella for a week of sun, poker and a pool challenge from Team PokerStars Online member Lex Veldhuis. Find out who took down the bragging rights in this video.