The Deal jackpot has hit seven times over the past five weeks, resulting in a total of $520,505.88 being awarded to jackpot winners. Ramin Khorshidi from Hampshire, United Kingdom won a prize of $54,029.07; resulting in 25,231 players winning a $2.14 pay-out. Ramin said: “I've never won anything before, and I’m totally blown away by my big win!” He plans to celebrate by planning a trip to a live poker event and buying his wife a new car.

First prize won by Elliot Smith in the PokerStars Championship Macau Main Event. Smith beat a field of 536 players to claim the trophy and the largest payout from the HK$20,796,800 prize pool.

PokerStars Championship Presented by Monte-Carlo Casino®, which features 71 scheduled tournaments, takes place from April 25 – May 5 at the Monte Carlo Bay Hotel & Resort. Check in with PokerStars Blog for live updates throughout. 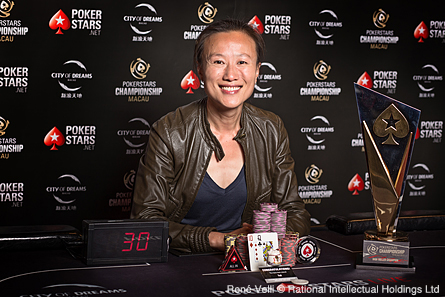