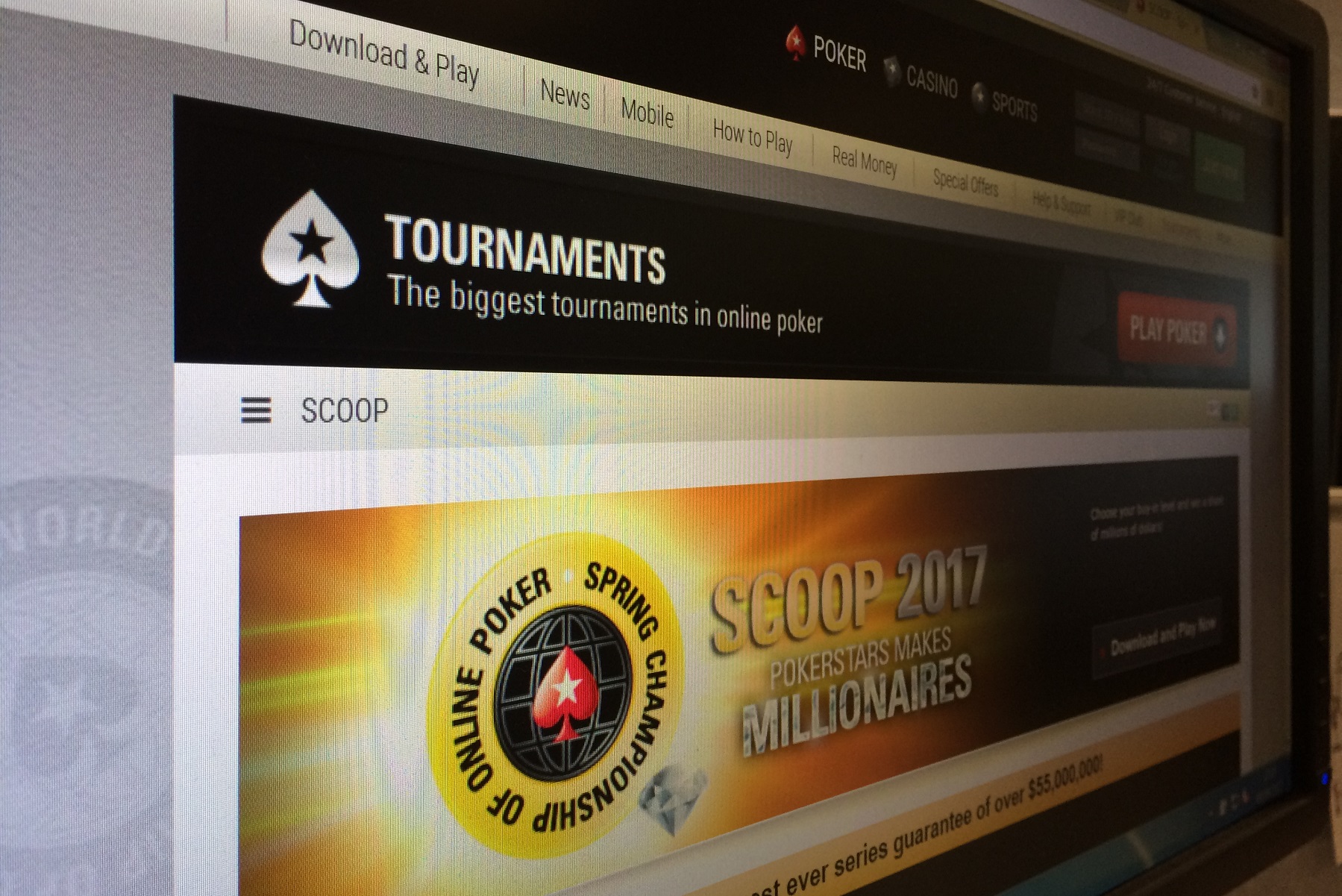 ONCHAN, Isle of Man – April 6, 2017 – The promise of two $1 million first prizes, an overall series guarantee of $55 million, and a wide range of poker variants to choose from, make the 2017 Spring Championship of Online Poker (SCOOP) the most exciting, biggest and best ever online poker series at PokerStars, an Amaya Inc. (Nasdaq: AYA; TSX: AYA) brand.

Players will compete for more than $200 million in prize pools on PokerStars when SCOOP events are combined with scheduled tournaments this April and May. From April 30 to May 23, there are 57 SCOOP events scheduled across three stakes. Buy-ins have been reduced to an all-time low of $5.50, $55, and $530 making this the most accessible SCOOP series ever. PokerStars has a whole host of big money tournaments that run every single day of the week. These tournaments promise big guarantees that means players are spoilt for choice, especially on the weekends with a strong Saturday line-up and long-standing signature tournaments such as the Sunday Storm and Sunday Million.

Events 37-H*: on Tuesday May 16 and 41-H: on Wednesday May 17 are the events to watch. Not only do they promise players great value, but with $1 million guaranteed for each winner, it’s the chance to finish the tournament as a real life millionaire.

“Every year, we strive to push the boundaries of our branded series,” said Severin Rasset, Director of Poker Innovation and Operations. “This is a particularly enjoyable time where we have the opportunity to review the structure, the buy-in and integrate the latest and most popular tournament formats. This year, the Series guarantee is $55 million – which is a huge sum of money. We aim to beat a few records, including the total prize pool for a series – but taking into account other signature tournaments over the series period, we actually award closer to $200 million. During SCOOP, we have a tournament for every type of player so give it a try. I guarantee you, will like it.”

Players can cast vote their vote on the PokerStars Facebook page from mid-April.

Satellites to SCOOP 2017 have begun. You can find the full schedule on the PokerStars Blog.

SCOOP 2017 will overlap with PokerStars Championship presented by Monte-Carlo Casino® (April 25 - May 5) and PokerStars Festival Chile (May 20-27). Players attending these stellar live events will not miss out on PokerStars’ largest ever online series guarantee because they will be able to participate in SCOOP from these and many other locations.