ONCHAN, Isle of Man – March 23, 2018 – PokerStars is calling out to action lovers with a second take on the $10 million guaranteed Sunday Million 12th anniversary. ‘Take 2’ is looking to better the 43,975 entries that bought in last month, which resulted in PokerStars handing players a record $1.2 million overlay, and guaranteeing another $10 million on April 22 at 14:00 ET. 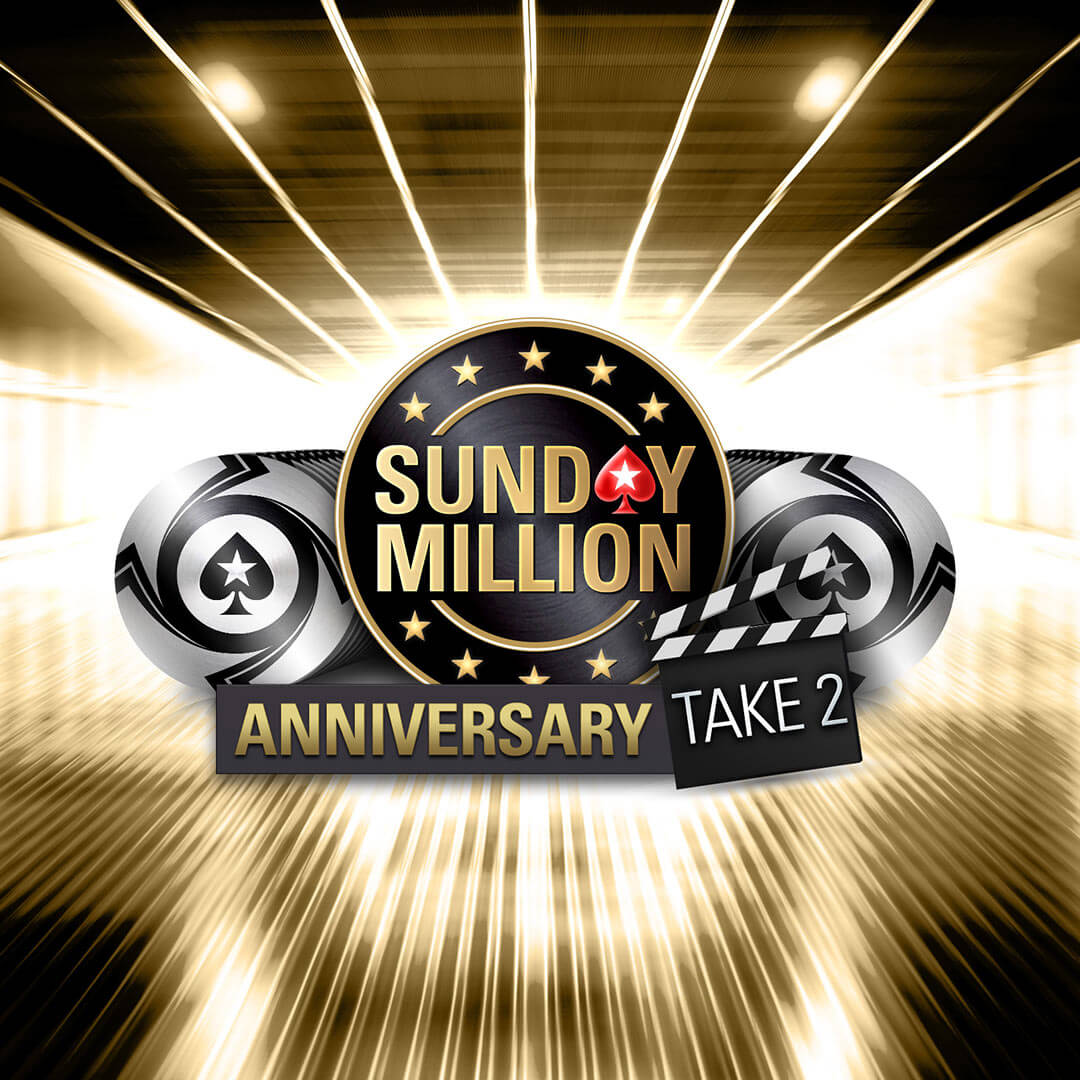 “Thanks to player loyalty and passion, there is no other place to play for such big prizes at such low buy-ins,” said PokerStars Director of Poker Innovation and Operations Severin Rasset. “We know a $10 million guarantee is not easy to reach, but we relish the challenge. We believe that our players want to play tournaments like this, where life-changing money is won and lifelong memories are made. If we miss a guarantee or two along the way, it’s worth the risk!”

The $215 buy-in tournament will again guarantee a $1 million payout for first place and will also award one Platinum Pass worth $30,000 to the PokerStars Players No Limit Hold’em Championship. One table will be chosen at random during late registration with those nine players entered into a freeroll. The winner of which will collect a Platinum Pass and join hundreds of other players at what is expected to be the largest $25,000 poker tournament in history this coming January. The pass includes a $25,000 buy-in, accommodation at the Atlantis Resort in the Bahamas, and $2,000 in cash towards travel costs.

“It’s very cool that PokerStars is running the anniversary again,” said PokerStars ambassadors Fintan and Spraggy. “There was so much value the last time around and it’s such a brilliant tournament so we’ll definitely be playing. It’s great to see PokerStars taking another shot and putting another $10 million on the table.”

As well as the enormous prize pool and bumper first-place prize, players can also turn $5 into $1 million in minutes via limited edition Spin & Go’s offering big money prizes and seats to the Sunday Million 12th Anniversary Edition, Take 2. From today, players can qualify for the anniversary tournament via $15 and $22 satellites, with further satellites buy-in options available from Monday.