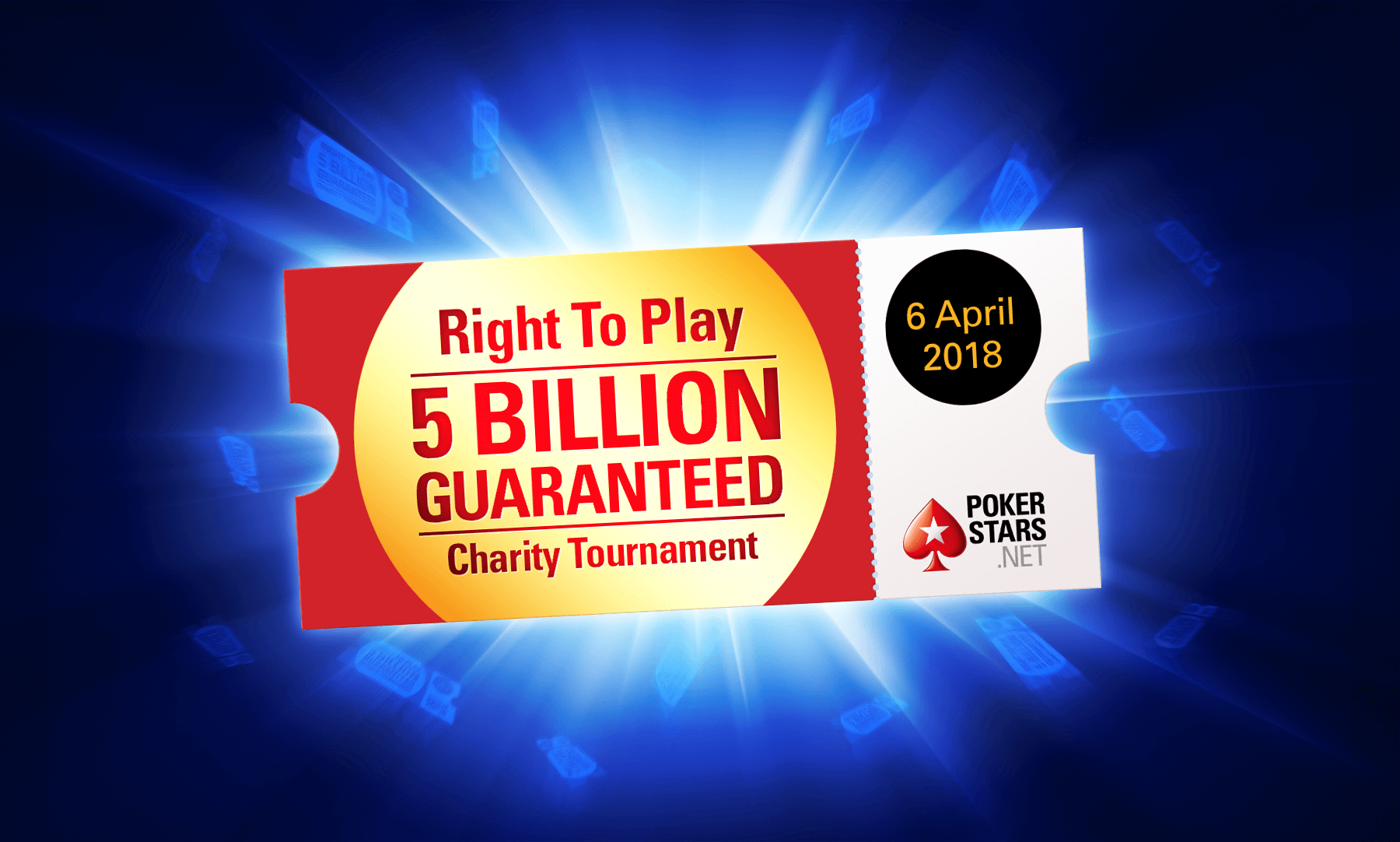 The five billion Play Money chip guaranteed tournament will take place at 20:00 EST on the International Day of Sport for Development and Peace on April 6. PokerStars will make a $10 donation on behalf of each of the first 5,000 players who sign up to play, with the aim of donating $50,000 to Right To Play.

“This huge tournament will raise vital funds for our global charity partner, which has made such a positive impact on so many children around the world,” said Sue Hammett, Head of Corporate Giving for PokerStars. “We’re aiming to have at least 5,000 players take part, which would raise enough to educate over 1,500 disadvantaged children for a year. So, please sign-up and invite your friends.”

The buy-in for the event is one million Play Money chips, with unlimited re-buys and single add-on. In addition, players will be joined at the felt by a host of PokerStars ambassadors including Fatima Moreira de Melo, Chris Moneymaker, Celina Lin, Barry Greenstein, Jake Cody, Aditya Agarwal and Fintan Hand, as well as Right To Play celebrity ambassadors.

“Right To Play is a charity close to my heart and I have seen first-hand the life-changing difference their educational programmes can make to children,” said PokerStars and Right To Play ambassador Fatima Moreira de Melo. “This tournament is such a great opportunity for players to be part of a landmark moment in Play Money history, with this being the first-ever multi-table tournament in aid of Right To Play, raising money for a well deserving cause.”

Right To Play uses sport and play to educate and empower children in some of the world’s poorest communities. The charity reaches nearly two million children every week across Africa, Asia and the Middle East, helping them to build critical life skills and better futures, while driving social change.

“We’re very grateful to our global partner, PokerStars, for delivering this exciting tournament to mark the International Day of Sport for Development and Peace. It will help raise vital funds to help children in our programmes,” said Nikki Skipper, National Director for Right To Play UK. “It’s a fantastic initiative by PokerStars and will have a big impact on the lives of disadvantaged children around the world. We hope you will show your support for this tournament.”

PokerStars and Right To Play first partnered in 2014 and have raised more than £1.5 million thanks to donations from The Stars Group’s corporate giving programme Helping Hands, as well as the generosity of PokerStars employees and players.

To find out more about the tournament visit the PokerStars Blog or the PokerStars Free Play Facebook Page. Play money chips can be purchased through the PokerStars Cashier. The 1 million play chip package can be bought for $4.99 or earned for free in game.

The tournament can be found by searching for tournament number '2243852571' in the lobby. 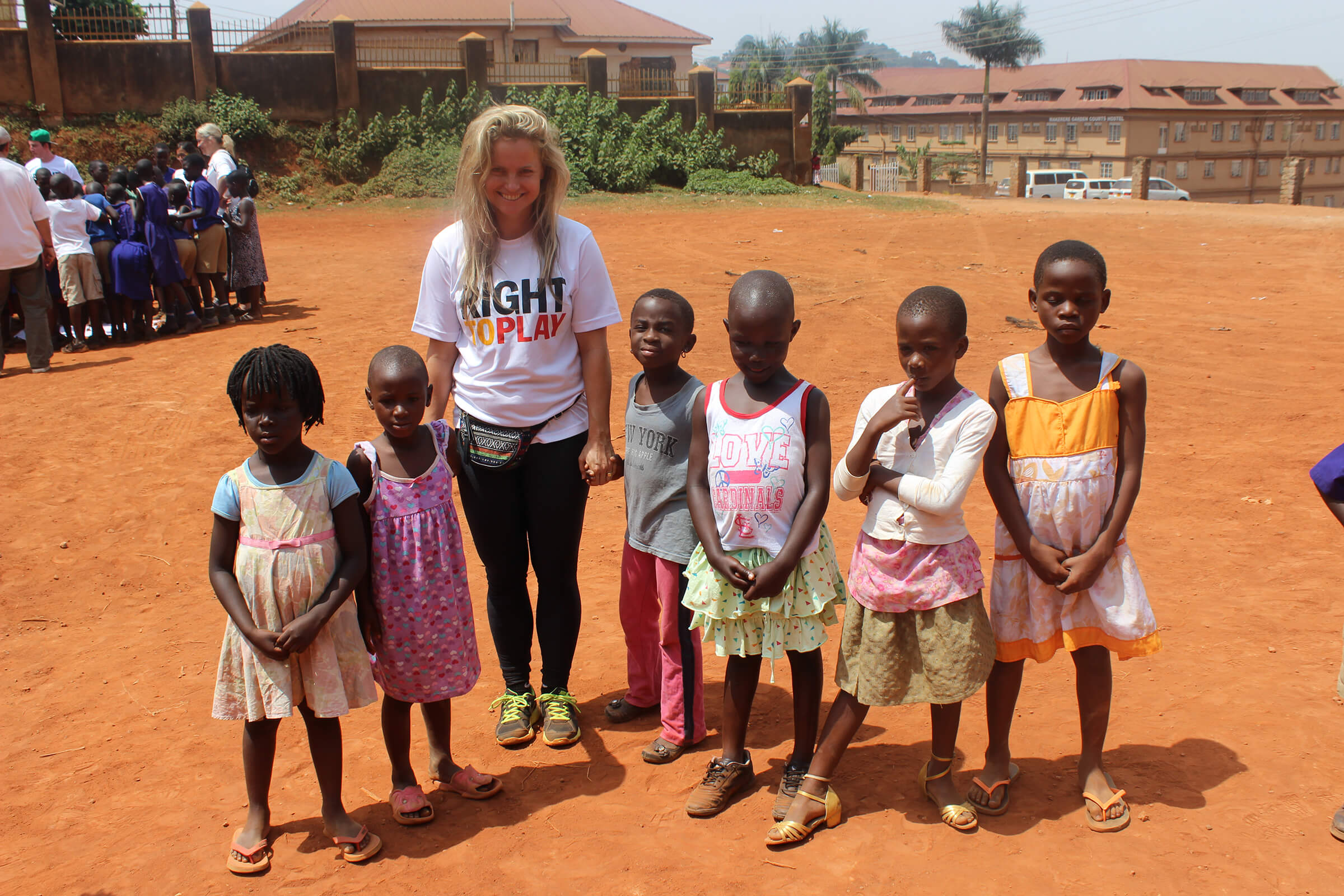 Right To Play is a global charity that uses sport and play to improve the lives of vulnerable children in some of the world’s poorest communities. Each child deserves the chance to succeed and thrive in life but every day millions of children are challenged by poverty, war, disease and poor education. These challenges put their futures at risk and rob them of their potential. Right To Play gives them back that chance. Using sport and games we make education accessible and fun, teaching children critical life skills, how to resolve conflicts without violence and how to avoid disease. Right To Play reach nearly two million children every week across Africa, Asia and the Middle East.

The aim is to help every child in need to reach their full potential, and to build a future shaped by opportunity, and not just challenge.

To find out more: www.righttoplay.org.uk