ONCHAN, Isle of Man – January 19, 2017 – Poker is set to flood the streets of London as the PokerStars Festival London comes to the city this month from January 22-29, with eight days of blockbuster action primed, sponsored by PokerStars, an Amaya Inc. (Nasdaq: AYA; TSX: AYA) brand. What’s more, hoping to switch from the snooker table to poker table, seven-time World Champion Stephen Hendry is looking to transfer his skills across felts and will be among hundreds of hopefuls keen to make their mark at the Festival’s various poker tournaments.

"I'm really looking forward to being a part of the PokerStars Festival London,” said snooker legend Hendry. “The anticipation is much like that of a snooker tournament really - the adrenaline, the eagerness to size up your opponent, and the desire to be on your best game. The strategic thought, patience and focus needed isn't dissimilar to what I'm used to. Although, at least with poker you can practice online. I can't wait to get out there and give it my best in the Main Event; it's going to be a lot of fun."

The PokerStars Festival London will take up residence in The Hippodrome Casino London located in the heart of the West End. The event marks the first 2017 stop for the transatlantic PokerStars Festival having previously set up shop in New Jersey last year. The tour will continue across Europe as it heads to Rozvadov in the Czech Republic this March, with more stops yet to be announced.

The Main Event, which has a £990 buy-in, features a guaranteed £400,000 prize pool and will pit poker enthusiasts against professionals such as UK Team PokerStars Pros Liv Boeree and Jake Cody, as well as Felipe ‘Mojave’ Ramos, Aditya Agarwal, and Luca Pagano, who all have their eyes fixed on the glory of becoming London’s champion.

“There's nothing like playing poker from your home turf, and I am so looking forward to being able to roll out of my own bed to go and play a big Festival event. It's not often I get to do that!” said Team PokerStars Pro Liv Boeree. “Players can expect a top-notch poker experience - the Hippodrome is a stunning, landmark setting to play the beautiful game of poker, so I expect it'll be an unforgettable experience for most players.”

The festival will feature a host of tournaments for players to sink their teeth into with 22 events scheduled over the course of the eight days, from the £990 Main Event and the £2,200 High Roller through to the £170 Ladies Event, as well as new formats such as the £275 Super Deep re-entry.

Whilst poker will take centre stage during the festival, there will be no shortage of entertainment throughout with the unmissable Player Party, fun competitions, and Deep Stack cash games. BetStars, Rational Group’s online sports betting brand, will alser 16 - 22, 2017)

HOW TO APPLY FOR MEDIA CREDENTIALS FOR FUTURE STOPS

Media who wish to apply for any future PokerStars Championship / Festival stops can do so via a new online media application form here. 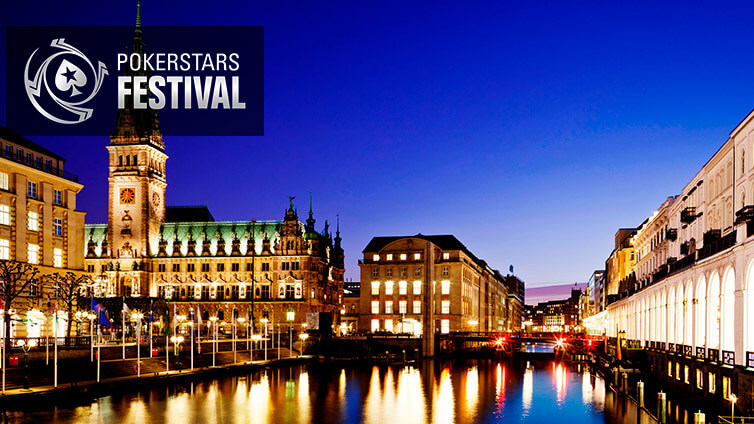