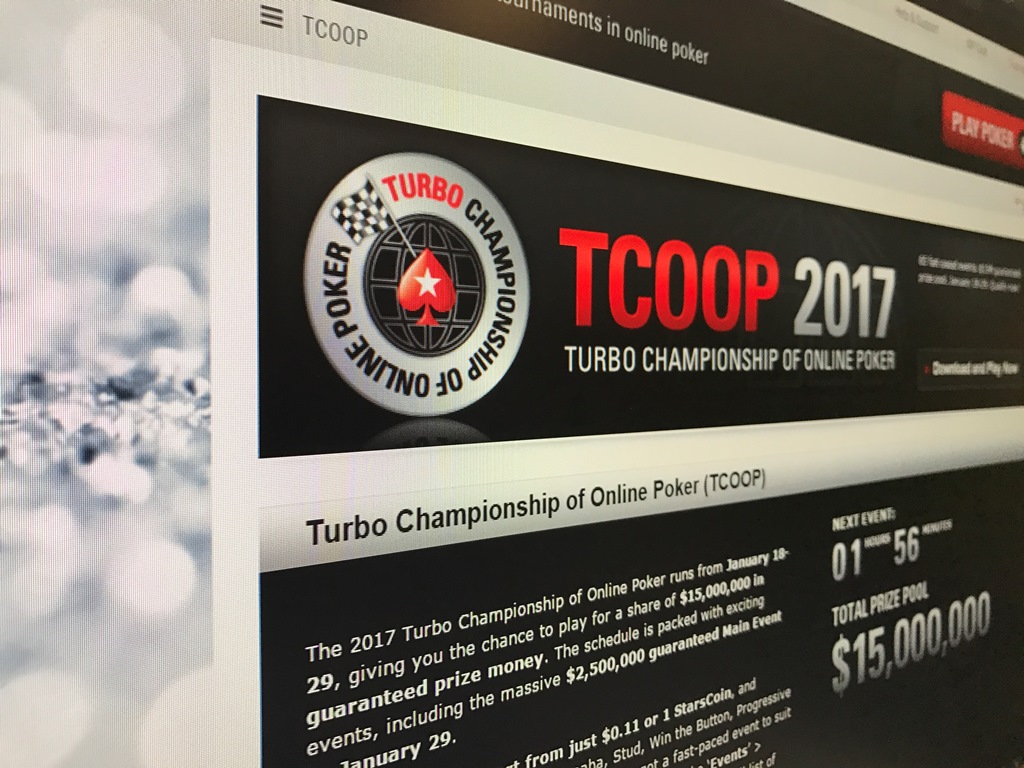 ONCHAN, Isle of Man – January 18, 2017 – Hold on to your winter hats! Christmas 2016 is now a distant memory, but never fear, PokerStars, an Amaya Inc. (NASDAQ: AYA; TSX: AYA) brand, has launched the Turbo Championship of Online Poker (TCOOP) to keep everyone occupied for the remainder of January.

The world’s biggest online poker site has incorporated a number of schedule and format changes following player feedback and will squeeze in every imaginable variation of turbo-packed poker into an overflowing 12-day schedule comprising 65 events.

TCOOP runs from today through January 29 and players will be given many adrenaline-fuelled chances to play for a share of $15 million in guaranteed prize money, $2.5 million of which will be played for in the $1,000 Main Event which runs on January 29, the last day of the tournament series, and will now be accompanied by a $27 low stakes version of the Main Event with a $250,000 guarantee.

The Main Event is just one of the many highlights in this jam-packed online festival. Covering game variations such as Hold’em, Omaha, Stud, Win the Button, Progressive Knock-Outs, Bubble Rush and more, and with satellites starting from just $0.11 or 1 StarsCoin, there is a fast-paced event to suit all players at all levels.

A few changes to the TCOOP schedule to improve player enjoyment include:

Check out the 2017 TCOOP information page for all details, including the full schedule and leader board, which awards $10,000 cash, a 2017 SCOOP Main Event ticket worth $1,000 and a Champion’s Trophy to the TCOOP Player of the Series. Stay tuned to PokerStars Blog for comprehensive coverage of every event.