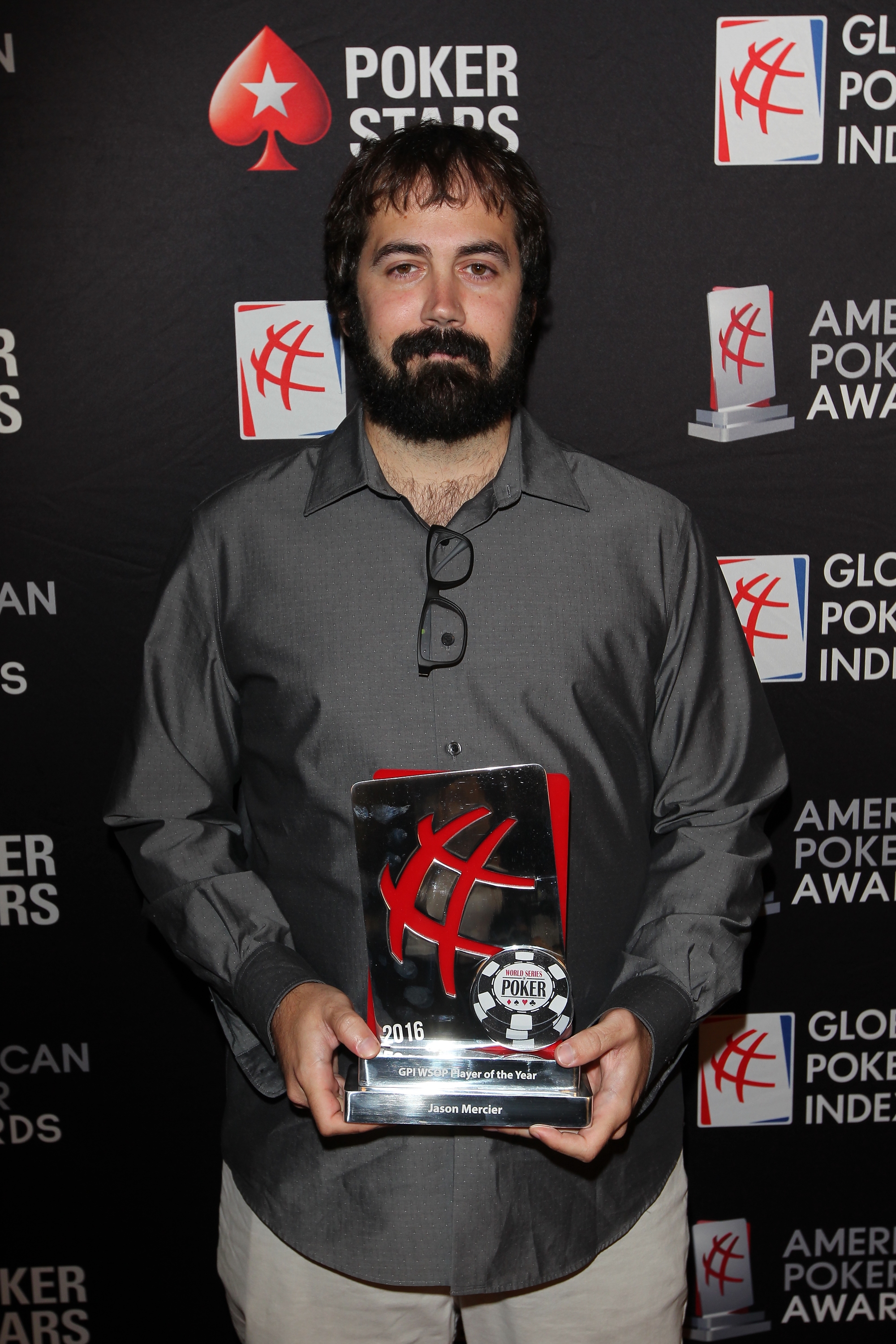 ONCHAN, Isle of Man – February 24, 2017 – The stars were out in force for the 3rd Annual Global Poker Index (GPI) American Poker Awards, which saw Team PokerStars Pros Jason Mercier and Jason Somerville and popular PokerStars TV commentator Joe Stapleton receive awards for a variety of efforts and achievements in 2016.

Team PokerStars Pro Jason Mercier had an incredible year in 2016 featuring an amazing run in Las Vegas with 11 cashes at the World Series of Poker, including two first-place finishes that netted him close to $700,000 and his fourth and fifth World Series of Poker bracelets; ultimately increasing his total live winnings to $17.4 million. Mercier, who began playing poker professionally in 2008, celebrated another double win at the GPI American Poker Awards last night beating off steep competition to awards for the 2016 World Series of Poker (WSOP) Player of the Year and Poker Moment of the Year.

“I’m really happy to have won WSOP Player of The Year and to receive it at the GPI Awards, ” said Mercier. “I wanted to win WSOP Player of the Year from the moment I sat down at my first WSOP event in 2008. I’m extremely happy I was able to see the dream become a reality last year and just hope I’m able to win it again next year!”

After his second award, for Moment of the Year, an elated Mercier added, “It was really cool to win Moment of the Year for 2016. I’m not sure I have ever had or will ever have another week like I experienced during the WSOP last summer. Getting first, second and then first in three consecutive championship events definitely was an amazing feeling. It’s rare to catch such a heater, and I’m just grateful and fortunate that I was able to catch fire like that.”

Another poker hero, Team PokerStars Pro Jason Somerville, came away with the award for Twitch Streamer of the Year. Collecting one of four new awards to be added to the category list this year, Jason Somerville’s win highlights his continued commitment to creating exceptional content for a wide variety of audiences as well as his popularity among poker fans. Somerville’s Run it Up Twitch channel has more than 200,000 Twitch followers.

The awards, sponsored by PokerStars, an Amaya Inc. (NASDAQ: AYA; TSX: AYA) brand, serve to highlight the strength and continuing growth of the American poker industry.

Commenting on the awards, Eric Hollreiser, Vice President of Corporate Communications for PokerStars and Amaya Inc., said: “This is tremendous and very well deserved recognition for Jason Mercier and Jason Somerville and we congratulate them both, we are delighted for their continuing achievements and winning moments. Oh, yeah, and that guy Stapes did pretty good too!”

Joe Stapleton, who is the regular co-commentator on the popular PokerStars live tournaments streams alongside James Hartigan, picked up Media Person of the Year. You can catch his work at PokerStars TV. 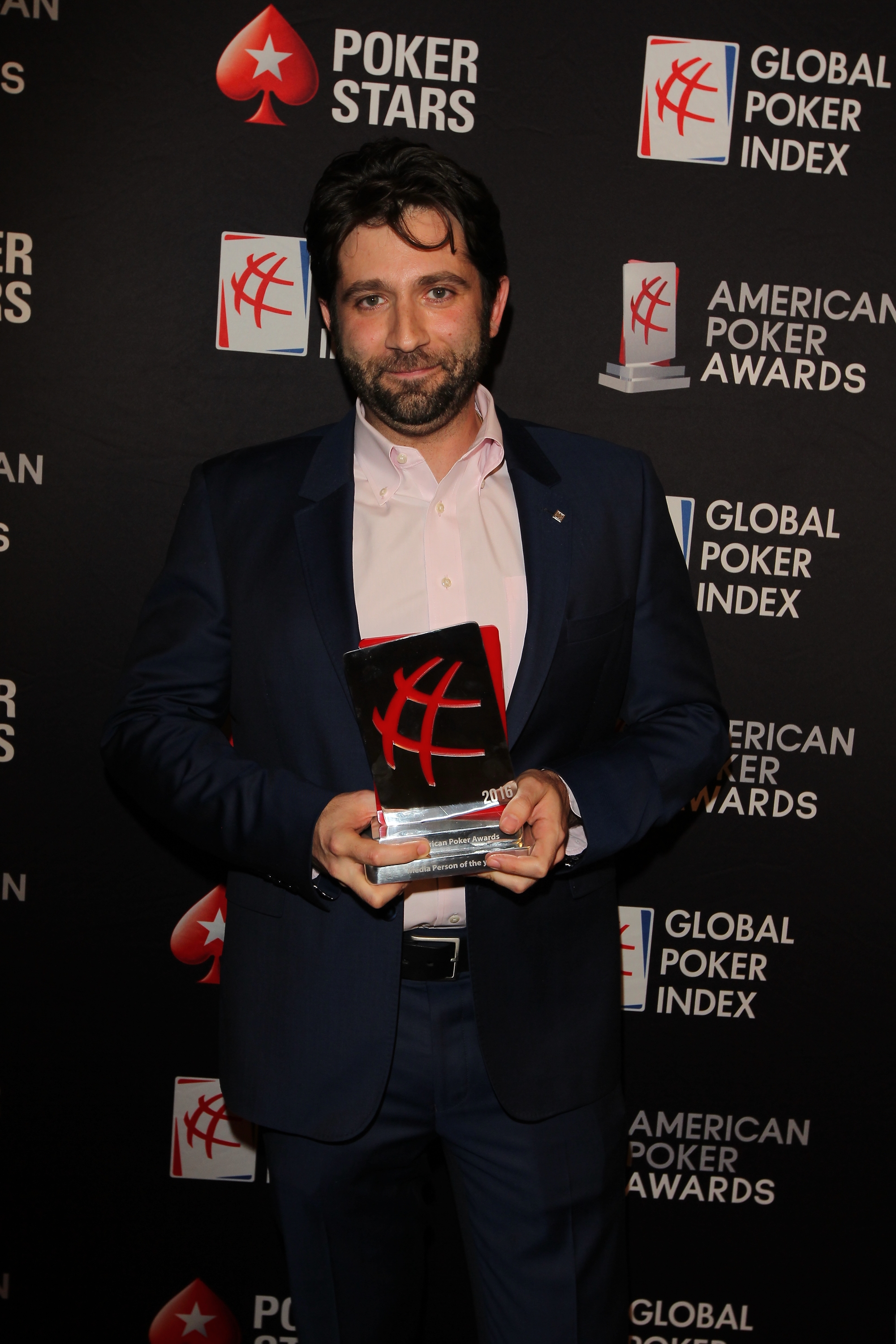