POKERSTARS PLAYERS NO LIMIT HOLD’EM CHAMPIONSHIP TO RETURN IN 2020 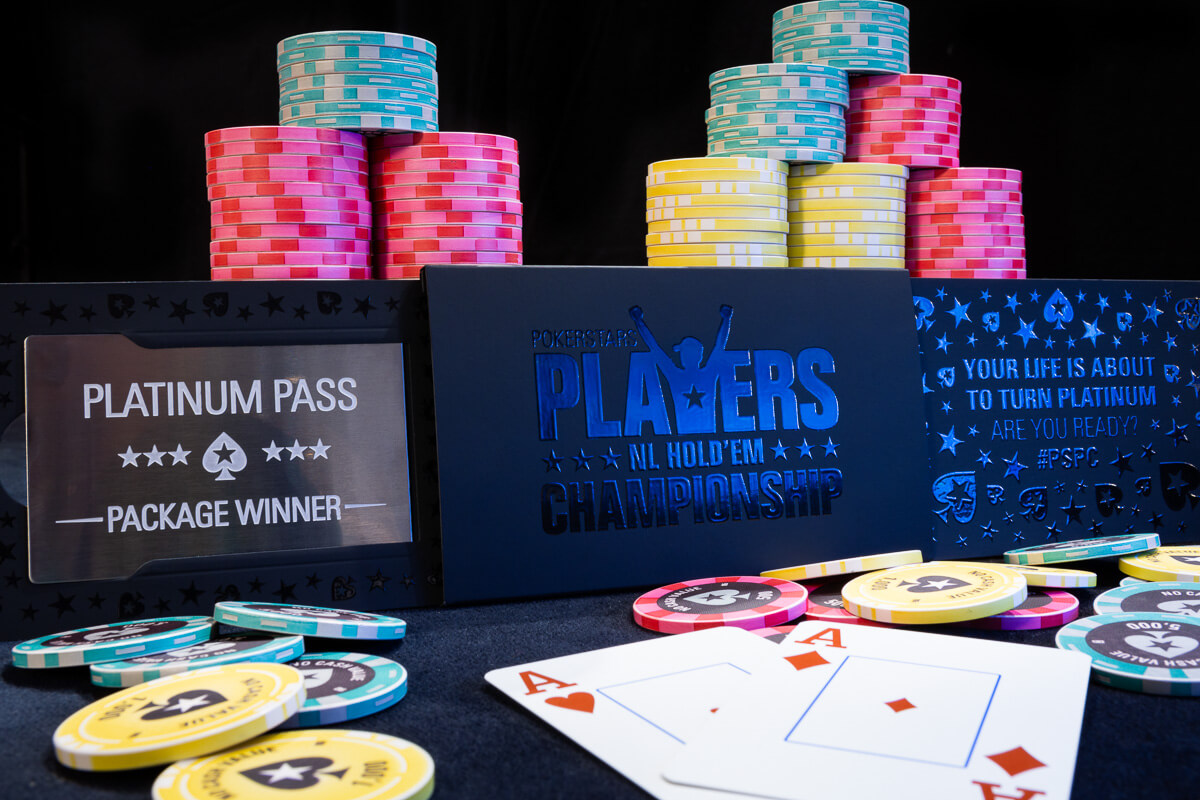 The PSPC will take place during the European Poker Tour (EPT) Barcelona at Casino Barcelona from August 20 to 24, 2020. PokerStars is also giving away more free passes with the popular Platinum Pass giveaway campaign through a series of competitions and challenges in the run up to the event.

PokerStars announced next year’s tournament at EPT Barcelona today by surprising five finalists of the ‘Chase Your Dream – Play Against Your Heroes’ competition with their own Platinum Passes. Each will now have the opportunity to sit down at one of live poker’s most prestigious events and play for millions next year. Clement Eloy also took home €10,000 for first place.

Each Platinum Pass awards free entry to the €22,500 buy-in (approx. $25,000) tournament as well as a six-night hotel stay, flights, transfer and certain other expenses for the winner and a guest.

“The inaugural PSPC was an amazing success, and featured hundreds of Platinum Pass winners who dared to dream of playing in an exclusive high-roller event,” said Severin Rasset, PokerStars’ Managing Director & Commercial Officer, Poker. “The PSPC demonstrates our commitment to cultivating and growing the game, not only by creating opportunities for poker fans of all levels to win life-changing sums of money, but also by showcasing poker and the entertainment it provides.”

In the inaugural PSPC, which broke records as the biggest $25,000 buy-in live poker tournament in history, Ramon Colillas topped a field of over 1,000 players to take home over $5 million. Colillas was one of 320 Platinum Pass winners who earned their entry into the tournament for free.

“The PSPC was an incredible experience for me,” said Colillas, who is now a PokerStars Ambassador. “From the lead-up to the tournament to the event itself, and now wearing the PokerStars patch, it has been a dream come true. I’m so happy it’s back again and I get to be a part of an event that could change someone’s life. Although, I am definitely going to attempt a back-to-back!”

Ten passes (5 on .COM and 5 on .FRES) will also be randomly awarded online in a Stars Rewards Mystery Chest promotion, which begins on August 28, 2019. More info here

Future Platinum Pass giveaways will be disclosed on a regular basis until the August 2020 event.

Details of the participants in the ‘Chase Your Dream – Play Against Your Heroes’ competition are as follows:

Adrian is currently studying for a degree in chemical engineering and his dream is to become a professional poker player and/or DJ. He currently works as a DJ, playing small gigs at nightclubs for crowds of around 100 -150. If he won, he would use the prize to book a trip to Amsterdam, as he likes the electro music scene there. He would also potentially invest in a master’s degree and play more poker tournaments.

Clement is married with two children and is a freelance designer of products such as watches and chairs. In his spare time, he enjoys running and cooking. He also grows his own vegetables. Clement enjoys watching poker on YouTube and Twitch and is a huge Lex Veldhuis fan. His only live poker experience has been playing with friends.

Danielle is as a carer originally from Yorkshire in the UK but who has lived in Tenerife for the last 15 years. She has been playing online poker for 12 years and plays live poker with friends. She has also played at casinos in Tenerife and on cruise ships but prefers playing home games. Her biggest poker win to date is $250.

Christoph is a social worker who helped young refugees from war-torn countries during the European migrant crisis. He is currently on parental leave looking after his two young children. He started playing poker during the boom and plays online, as well as with his friends every Friday for fun. When he has time to himself, he likes to go on his cross trainer, watch Netflix or read his comic collection.

Daryl is a military veteran who served in the Canadian Army for 20 years, which included tours in Bosnia and Afghanistan. In recent years, he trained to be a nurse but it didn’t suit him. He is now interested in becoming a ski instructor. He enjoys live poker for the face-to-face interaction. He mainly plays with friends at home, but also plays at a casino twice a year.

PokerStars operates the world’s most popular online poker sites, serving the global poker community. Since it launched in 2001, PokerStars has become the first choice of players all over the world, with more daily tournaments than anywhere else and with the best online security. More than 200 billion hands have been dealt on PokerStars, which is more than any other site.