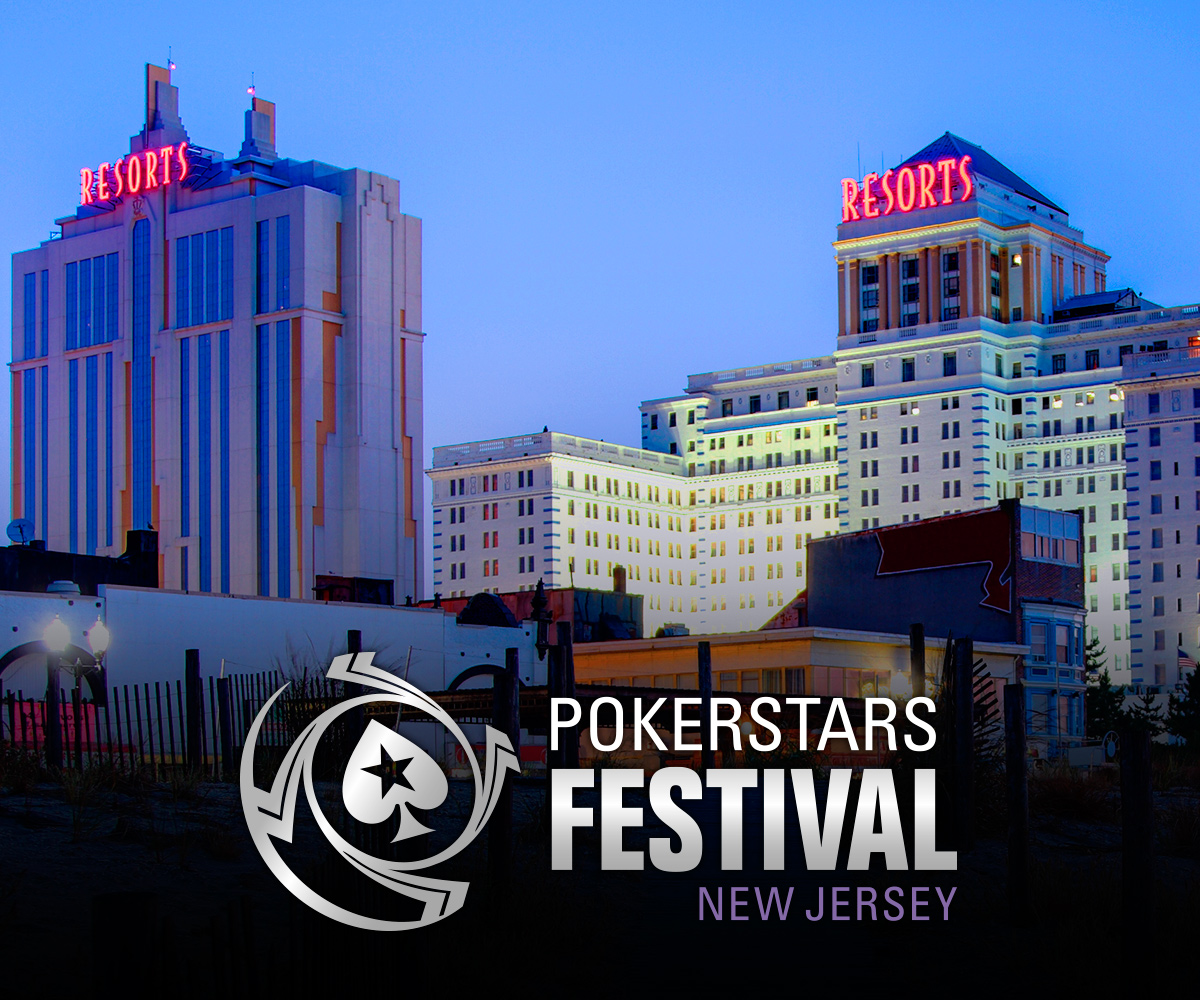 New Jersey is the first stop of the new re-designed global live tours from the world's most popular online poker site. PokerStars Festival New Jersey kicks off hot on the heels of the New Jersey Championship of Online Poker (NJCOOP), a two-week online series taking place at PokerStarsNJ.com making New Jersey a hotbed of gaming action for over three weeks this autumn. PokerStars Championship will stop at the Atlantis Resort, Nassau in January for its debut.

PokerStars’ Director of Live Events, Edgar Stuchly said: “We are thrilled to bring the first-ever PokerStars Festival to New Jersey. This will be the first live event we have sponsored in the United States since PokerStarsNJ.com launched in 2016 and we look forward to seeing everyone at PokerStars Festival New Jersey for an action-packed poker vacation at the Resorts Casino Hotel in Atlantic City from October 29 to November 6.”

Mark Giannantonio, President and CEO of Resorts Casino Hotel said: “We are excited to host the first-ever PokerStars Festival, which is designed to deliver the best poker experience for players of all levels. This action-packed poker event will be an unforgettable gaming experience that is sure to impress guests from all over the world.”

Players can experience the innovation and expertise that comes with a PokerStars-sponsored live event: new formats, the best-known professional players, packed schedules, high quality staff and a variety of ways to qualify. The PokerStars Festival New Jersey will also feature some exciting extras, headlined by a casino festival with daily jackpot prizes, special activities for VIP casino players and will include blackjack, video poker, slots and roulette tournaments.

Among Team PokerStars Pros attending will be Twitch poker sensation Jason Somerville, who will be headlining a special Run it Up event on November 5, which will feature a series of Run it Up themed mixed events, including a Dealer’s Choice Stud Club event. Jason will also host a poker seminar and a Q&A session for fans.  Some of Jason’s poker-loving friends will also be in attendance, including reality TV stars Tyson Apostol and ‘Boston Rob’ Mariano of ‘Survivor’ fame.

For action away from the tables there will be a StarsFun skills zone from October 31 to November 4, which will involve five days of competition across non-poker related games, including miniature golf, arcade basketball and pinball, among others.

A wide range of satellites and qualifiers are running daily so everyone has a chance to win their way to the Main Event.  To further celebrate the PokerStars Festival New Jersey, PokerStars is giving NJCOOP players the chance to win one of 20 PokerStars Festival New Jersey 2016 Main Event seats, each worth $1,100. All players who take part in five special NJCOOP events will receive a ticket to register to an All-in Shootout at 20:00 ET on the following day.  Each of the five All-in Shootouts will award four $1,100 Main Event seats.

The PokerStars Festival New Jersey highlights will be as follows:

PokerStars NJ is the locally operated version of the world’s most popular online poker site, PokerStars. At PokerStarsNJ.com, players physically present in New Jersey can experience and enjoy the same world class gameplay, customer service, and game integrity that PokerStars has offered globally for almost 15 years.

PokerStars NJ operates in conjunction with its partner, Resorts Casino Hotel in Atlantic City, and offers both poker and casino games online at www.pokerstarsnj.com to players who are physically located in the state.

PokerStars NJ is ultimately owned by Amaya Inc. (Nasdaq: AYA; TSX: AYA). Amaya US Services Limited, a subsidiary of Amaya Inc., is an internet gaming operator of Resorts Digital Gaming LLC (d/b/a "Resorts"), which is authorized and regulated by the New Jersey Division of Gaming Enforcement.

About PokerStars Championship and Festival

Resorts Casino Hotel brought gaming to Atlantic City in 1978. Resorts is at the top of its game today, offering world-class casino action in a relaxed environment that keeps the focus on fun.  Resorts Casino Hotel made history as the first American casino outside of Nevada and celebrated its 35th anniversary in May 2013 with a new milestone: the opening of a $35-million Margaritaville casino and entertainment complex that includes, among other attractions, the only year-round beach bar on the Atlantic City sand.

Mohegan Gaming Advisors assumed management of Resorts Casino Hotel in autumn 2012 – a move that has set the stage for its return as the most exciting gaming destination in Atlantic City.  Boasting a prime location spanning 11 acres at the northern end of the famed Atlantic City Boardwalk, the resort features 942 guest rooms and suites in two hotel towers, a 80,000 square-foot casino, two theaters, six restaurants, two VIP slot and table player lounges, a casino bar, indoor-outdoor swimming pool, health club and spa, salon, and retail shops.  Its 64,000 square feet of technologically advanced meeting space includes 24 meeting and function rooms, most featuring natural light and ocean views, and a 13,000-square-foot ballroom. For more information, visit our website or call 1.800.334.6378. Connect with us on Facebook, follow us on Twitter or Instagram and view us on YouTube.