Confident of improving on his performance in the Bahamas 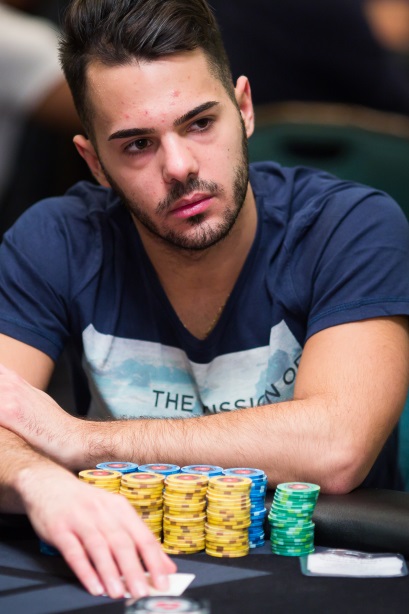 Fuelled by his major achievement in the Caribbean in January, De Mario said: “I placed the bet on myself because I really think I can go far in Panama if I play well. I gained so much experience at PokerStars Championship Bahamas and I saw that I can compete with the best players.”

De Mario has placed $50 on himself to win the Main Event at 350/1 and $50 to finish in the Top 10 of the Main Event at 34/1. The bets would net him more than $19,000 if he were successful in the Main Event, on top of his tournament winnings. Other players who have placed a bet on De Mario stand to win big too, with the majority of bets being laid on a Main Event win for De Mario.

"TRADERS IN A PANIC"

Mike Coultard, Head of Poker Betting at BetStars said: “Finishing 22nd at PokerStars Championship Bahamas was a fantastic achievement by a Spin & Go qualifier against a really strong international field. However, in pricing this event we had to consider the bigger picture and felt that backing up that performance will be difficult. De Mario and many others have availed themselves of the 350/1 offered and we will be watching those chip counts with some anxiety.”

POKER: A WAY TO SEE THE WORLD

As well as the opportunity to play poker with the best in the world, live events offer players the opportunity to see interesting and unusual places that they may ordinarily not visit. De Mario said: “I like this part of playing poker, you travel a lot and can see the world. I don’t know if I’d have ever thought to come to Panama if it wasn’t for playing here. I’ll visit the beach and explore the city – so that’s really cool!”