I wanted one million” - Milestone Sunday Million kicks off 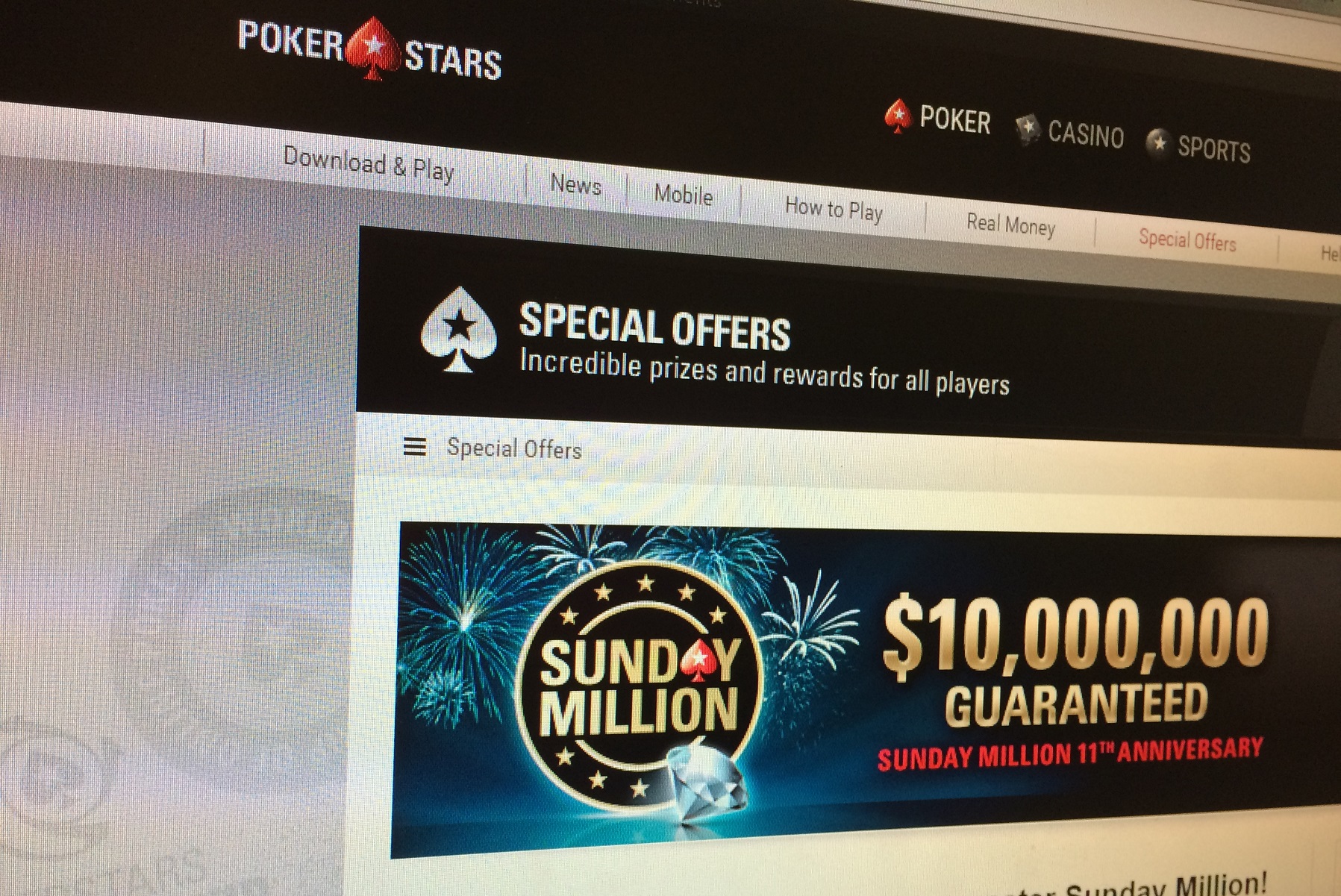 ONCHAN, Isle of Man – April 3, 2017 – PokerStars created its landmark 200th poker millionaire when Panamanian ‘Xavi666’ won the $10m Guaranteed Sunday Million 11th Anniversary for $1,093,204. The marathon tournament lasted over 15 hours, and was watched to the final hand by many, including Team PokerStars Pro Online member Randy ‘nanonoko’ Lew. A total of 44,017 unique players totalling 55,835 entries congregated online to challenge for a share of the $11,176,000 prize pool at PokerStars, an Amaya Inc. (Nasdaq: AYA; TSX: AYA) brand.

‘Xavi666’ has been playing on PokerStars for 13 years and calls it “my favourite site – I love the prizes and the guarantees. Viva PokerStars!” This is the biggest win of ‘Xavi666’s’ poker career. ‘Xavi666’ spoke to PokerStars immediately after the player’s first big win, as it was still sinking in. The Panamanian said: “I still don’t believe it. Finally everything came together.”

TAKING DOWN THE BIG ONE

There was a deal proposed at the final table, but ‘Xavi666’ wasn’t interested: “I said to myself, at the start of the tournament, that I wouldn’t look at numbers. When there were four of us left, it seemed that taking the deal was the smart thing to do, but I declined; I wanted one million!”

This comes hot on the heels of the recent PokerStars Championship Panama where the Main Event was won by American Kenneth Smaron. ‘Xavi666’ was pleased to add another Panama name to the list of PokerStars big winners however: “I felt that it was time someone from Panama won a big one.”

There was additional reason to celebrate as during the tournament 99 free tickets to the €530 Monte Carlo Mega Satellite were awarded to lucky players, giving them the chance to win one of 50 packages worth €8,500 to PokerStars Championship presented by Monte Carlo Casino.

‘Xavier666’ is the first of 10 millionaires that PokerStars expects to make from now until June. Players can win the huge sums of money through a variety of online and live routes, including special $1 million Spin & Go’s, Millionaire Challenges, SCOOP events taking place in May and at PokerStars Championship presented by Monte Carlo Casino® at the end of the month.

BUMPER PRIZES ALL ROUND

MORE MILLIONAIRES THAN EVER BEFORE