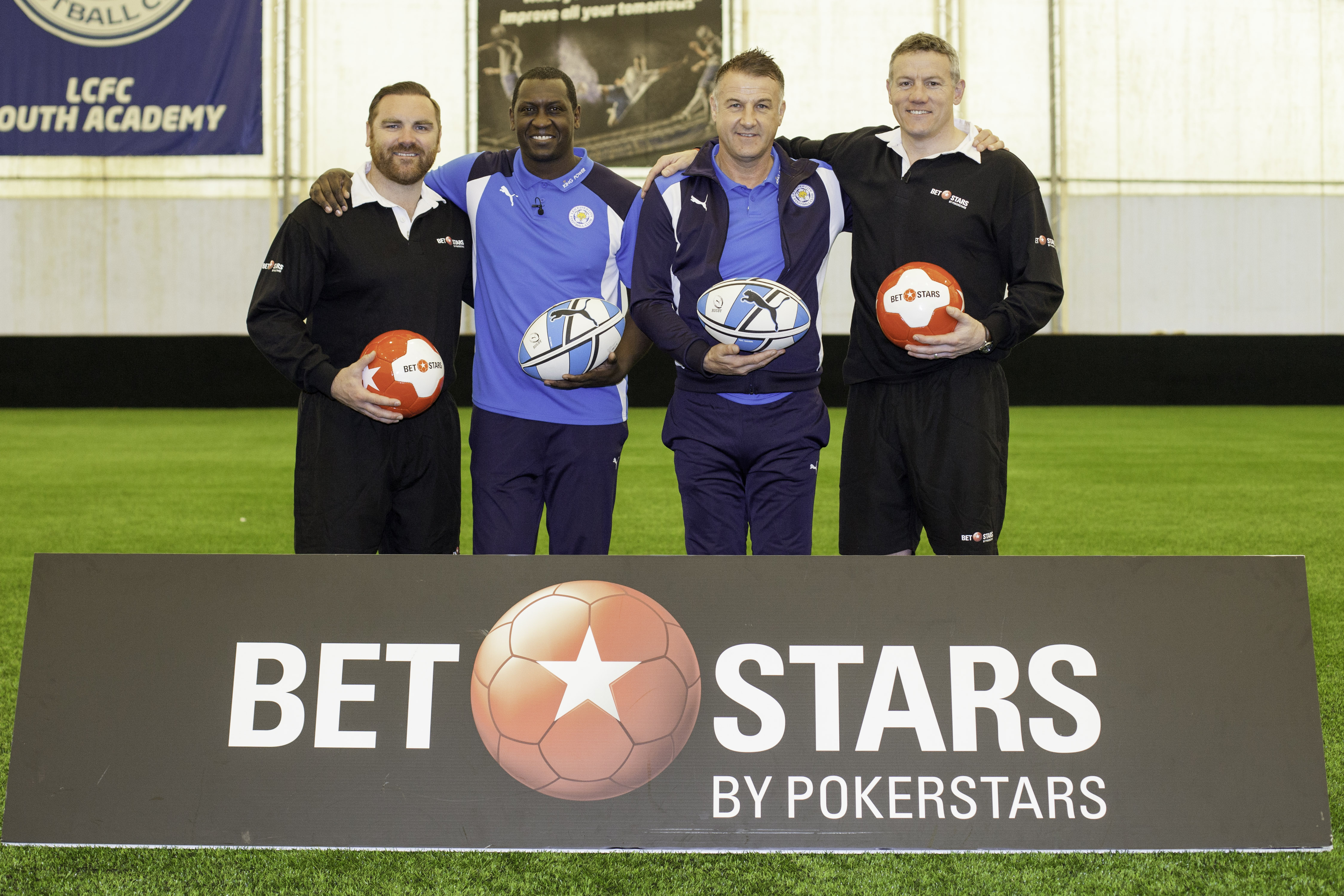 Rugby skills are the focus of the latest video in the Face-Off series from online betting site and the Foxes’ official betting partner BetStars. The BetStars Face-Off series takes champions from the comfort of their sporting field into challenging situations where their skills and discipline are put to the test. The video can be viewed on BetStars social media channels here: http://bit.ly/2n7qNyO

The Foxes duo were joined by Leicester Tigers legends and European Cup winners Tim Stimpson and Andy Goode, who gave the pair a goal kicking masterclass before Heskey and Walsh went head-to-head to see who could convert the most kicks.

After successfully converting kicks from a variety of different angles the pair could not be separated on five points each and were forced to attempt sudden-death drop goals to decide the winner, with Steve Walsh grabbing a last-gasp victory with his final drop goal attempt.

This is the third challenge in the BetStars Face-Off series, with Leicester City players Shinji Okazaki and Christian Fuchs having previously taken on the ultimate football robot, whilst Danny Simpson, Marc Albrighton and Fuchs swapped their football boots for hockey sticks as they took on Team GB’s gold medal winning hockey stars Maddie Hinch and Helen Richardson-Walsh.

To see more exclusive footage from the BetStars Face-Off series head to www.facebook.com/BetStars