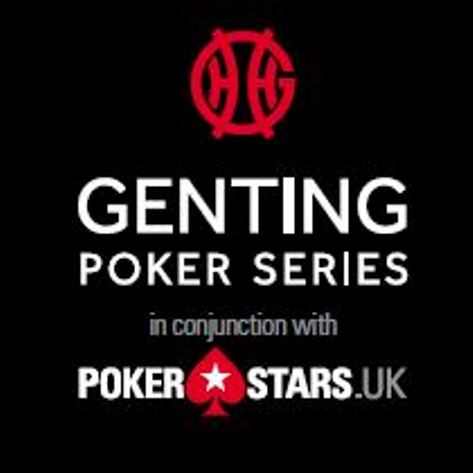 Genting Casinos UK’s Poker Operations Manager, Kevin Proctor, said: “We already enjoy a strong working relationship with PokerStars and look forward to taking this to the next level to optimise the robust nature of its software for the benefit of our customers. The link with PokerStars will allow more people to take part in the GPS, through the provision of a clear online qualification route.”

“We already have a successful poker tournament, but we’re keen to make sure that we keep things fresh and offer a variety of routes to play. The addition of the PokerStars online qualification route and MEGASTACK events will make sure that our players are constantly delighted with what Genting can offer,” added Proctor.

Team PokerStars Pro Jake Cody, one of the UK’s most successful poker players and popular YouTube vlogger plans to attend many of these events.

Genting UK plc, a wholly-owned subsidiary of Genting Malaysia, trades in the UK as Genting Casinos. It boasts 40 casinos across England and Scotland. The casinos outside London operate under the Genting Casinos brand. In London the group owns the oldest private members gaming club in the world, Crockfords, along with the Colony Club, Maxims, Palm Beach and Genting Casino Cromwell Mint and Genting Casino Chinatown London in close proximity.

Genting Malaysia is part of GentingBerhad which was founded in 1980 and is one of Malaysia's leading multinational corporations. The company has a market capitalisation of c£25 billion, with operations in the leisure & hospitality, power generation, oil palm plantation, property development, biotechnology and oil & gas sectors. The Genting Group has over 50 years of gaming experience running some of the most popular land-based casinos and resorts in Malaysia, Singapore, USA, the Bahamas, the Philippines and in the UK.