The 100 Million Players Celebration promotion is still running and will see more than 100 million StarsCoin given away through VIP Steps Challenges on PokerStars; up to $100,000 a day for 15 consecutive days randomly awarded to players who complete daily PokerStars Milestone Challenges; and a $100,000 Added VIP Club tournament on Saturday, February 27, featuring a buy-in of just 50 StarsCoin.

The amount guaranteed in the PokerStars Tenth Anniversary Sunday Million tournament which will take place on Sunday, March 20. The online tournament, which is set to be one of the richest online poker tournaments ever held offers a $10 million guaranteed prize pool and at least $1 million for the winner.

The first Spin & Go millionaire of 2016 was made on Monday. After less than two minutes and just four hands, Russian player ‘Rainman731’ turned $100 into $1 million. What began as a one-off promotion at the $100 buy-in Spin & Go tournament tables has become a popular feature among players and is now running indefinitely on PokerStars. Cristiano Ronaldo Limited Edition Spin & Go’s are also now running, giving players the opportunity to win special Ronaldo-themed prizes.

Top prize won by the latest PokerStars Sunday Million champion ‘LilFishAtL’. The player, from Mexico, topped a field of 5,718 to claim the lion’s share of a $1,143,600 prize pool.

‘Mahmuttt88’ from Finland became the latest PokerStars Super Tuesday champion. The player overcame a field of 515 taking home a share of $97,850 from the total prize pool of $515,000.

214
Entrants showed-up for Day 1a of the €1,100 UKIPT Dublin Main Event, with 52 players making it through to Day 2. Currently leading the field is Bulgarian Vladimir Velikov who has amassed an impressive 301,500 chips, which is 12 times his starting stack. More than 500 players have already registered for Day 1b which kicked-off today and a huge prizepool is expected for the final UKIPT of the season. The EPT 12 Dublin Poker Festival is set to be the biggest poker festival ever hosted in Ireland. To date this is the second highest turnout for day 1a of Season 5 UKIPT Main events.
More info: http://psta.rs/1RsyrLL

The number of free spins that are available on slots at Full Tilt as part of “Merlin’s Magic Challenge”, which is running over this weekend.  Slots are the most popular casino game amongst poker players on Full Tilt, and they will be able to earn free spins by playing certain slots:

Episode number of the ‘EPT Not Live’ podcast that is now available to listen to online or download. It’s the EPT Dublin Preview Show! Before their trip to the Irish capital for seven days of live streaming on PokerStars.tv, James and Joe look ahead to the latest European Poker Tour festival. UKIPT Main Event 2010 winner Max Silver pops in for a chat and Joe competes in a game of Lord of the Rings trivia.

PokerStars launches ‘Duel by PokerStars’ on a limited beta-test in Norway.  It is a new innovative way to play poker. The 1 v 1 gameplay format allows players to not only pick up and play at a moment’s notice, but also to leave the app in an instant and return whenever it’s convenient. The app will roll-out to more countries in the coming months. 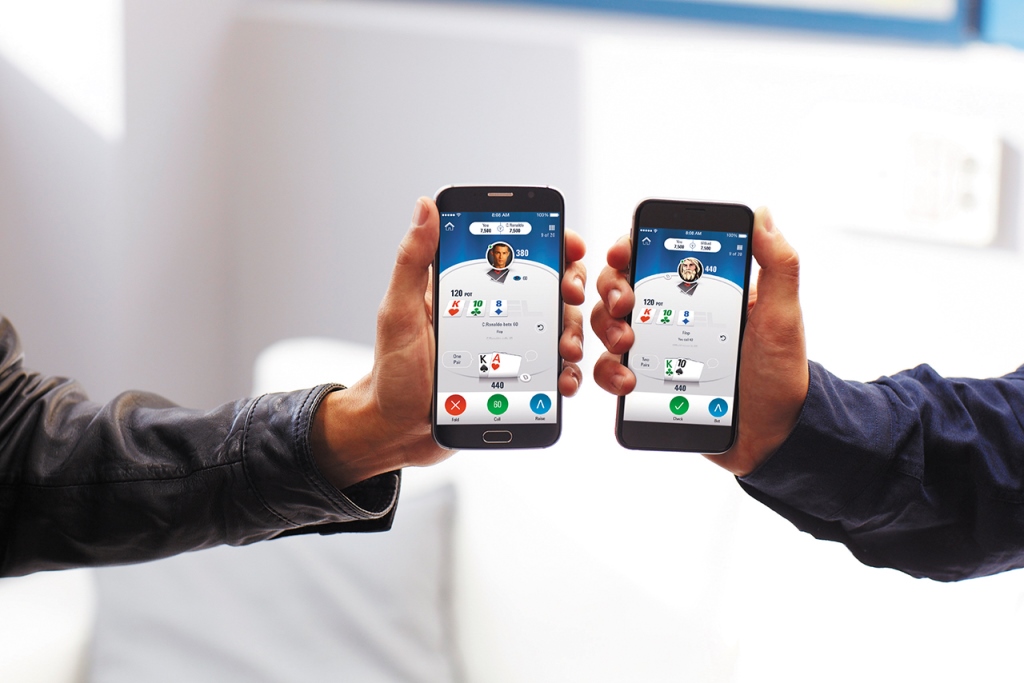 Ship It To Mama!

Team PokerStars Pro, Jason Somerville, was hosting a stream of the APPT Aussie Millions live on Twitch. This clip shows the wrath of the poker god raining down upon people who slow-roll!