Unprecedented number of millionaires made at PokerStars 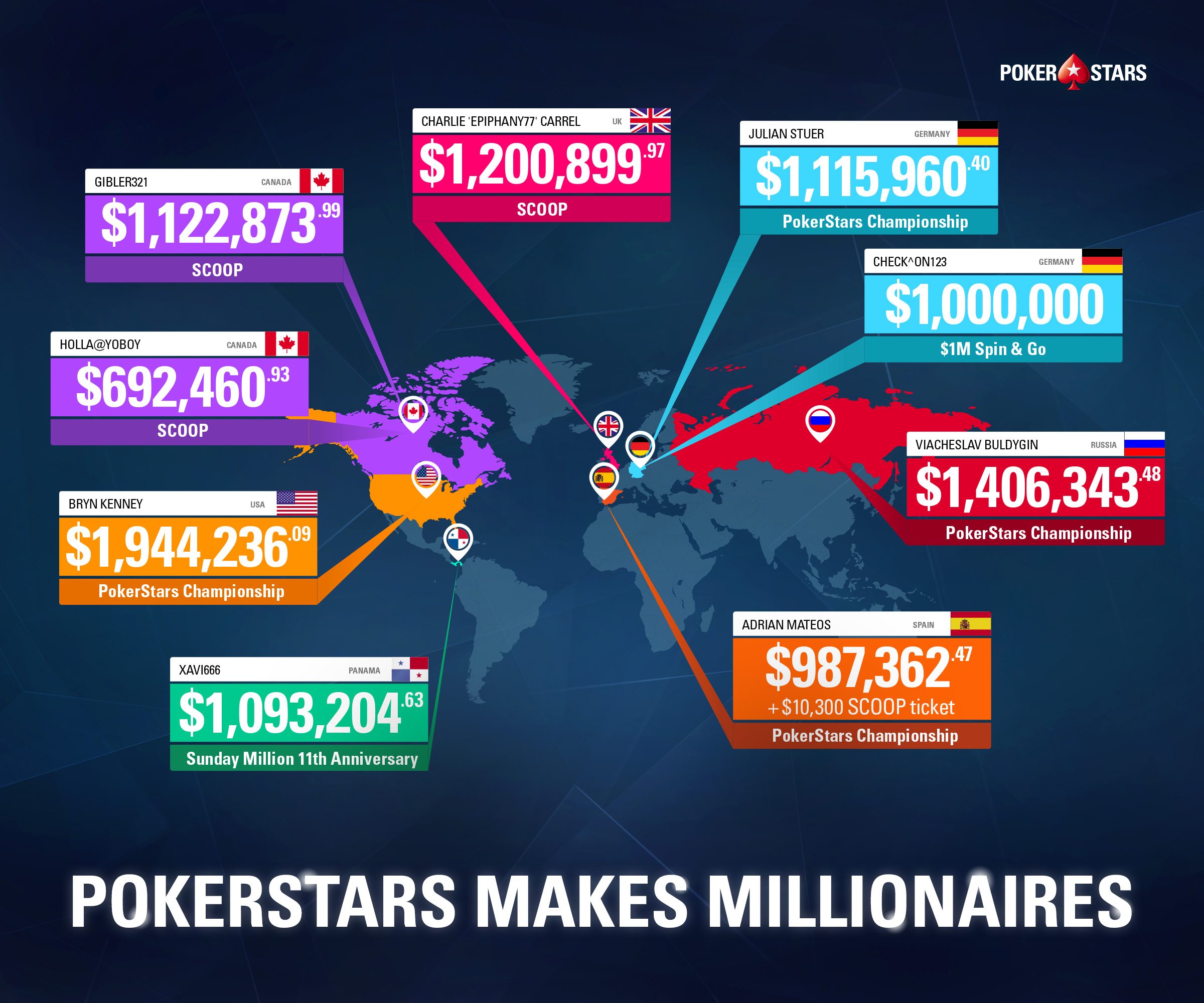 ONCHAN, Isle of Man – May 25, 2017 – PokerStars has awarded a grand total of $12.5 million to eleven PokerStars players, over the span of just eight weeks as part of PokerStars Makes Millionaires. The promotion brings the total number of poker millionaires created at PokerStars, an Amaya, Inc. (Nasdaq: AYA; TSX: AYA) brand, up to 208.

“The ambition behind the PokerStars Makes Millionaires promotion was to create an unprecedented number of poker millionaires in a short period of time and we have succeeded in doing this. Once again we have confirmed our position as the only poker operator that has the ability to give players so many huge winning moments via so many great promotions, exciting live events and online series,” said Director of Poker Marketing Vadim Soloveychik.

“We are committed to providing an excellent poker experience for our customers and continuing to provide the biggest and the best poker, through both online and live events,” he added.

A variety of routes designed to appeal to every type of player offered the chance to compete for a seven-figure sum and a life-changing winning moment.

The promotion kicked off when ‘Xavi666’ won the Sunday Million 11th Anniversary on April 2 for $1,093,204, becoming the 200th poker millionaire created by PokerStars. The Panamanian who celebrated the biggest win of his poker career said about his triumph: “I still don’t believe it. Finally everything came together.”

Spaniard Adrian Mateos won the €50,000 Super High Roller for $990,773.07 on May 1, unfortunately just missing out on earning a million. PokerStars awarded Mateos with a $10,300 SCOOP ticket for his great achievements throughout the tournament. Additonally to the Super High Roller win at Monte Carlo, Mateos also topped the SCOOP tables and won the SCOOP-30-H: $2,100 NLHE [6-Max] for $234,030, during the PokerStars Makes Millionaires promotion which proved his million dollar earning poker skills.

Canadian Former November Niner Gordon "holla@yoboy" Vayo won Event-01-H $1,050 on May 22. PokerStars guaranteed $1 million for the player who came in first, however the final five players collectively decided to cut a deal, resulting in Vayo taking home $692,460.93 and second place walking away with $745,000. In total the top five players shared $2,782,385.87. The decision to land his largest ever cash was described by Vayo: “It’s just a silly amount of buy-ins to be playing for given the variance of five-handed play. I’ve been around long enough to take the equity when I can get it”.

The $10,300 Main Event High created two millionaires on May 23. Charlie ‘Epiphany77’ Carrel from the United Kingdom won the event for $1,200,899.97, despite having connection difficulties and having to jump between internet cafes whilst playing in Mexico. In second place was ‘gibler321’ who cashed a sweet $1,122,873.99.

Exchange rates were used at the time of the win.