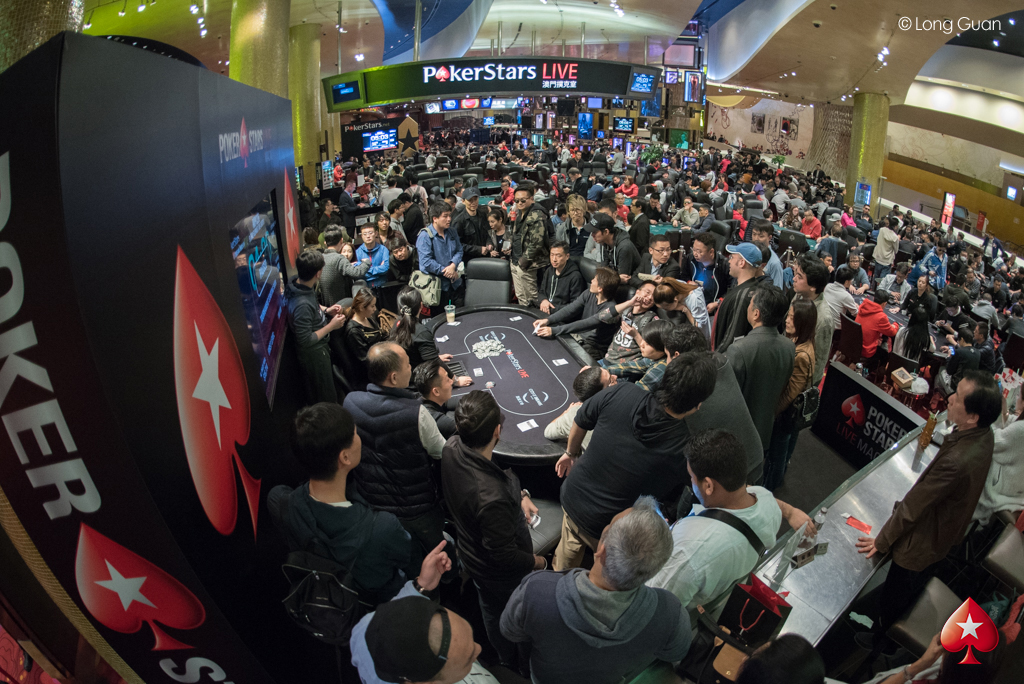 ONCHAN, Isle of Man – March 27, 2017 – The first ever PokerStars Championship in Asia is just days away from kicking off at the stunning City of Dreams, Macau’s premier entertainment hub. The 11-day, 52-tournament event, sponsored by PokerStars, an Amaya Inc. (NASDAQ: AYA; TSX: AYA) brand, will offer hundreds of players a range of tournaments at different buy-in levels. PokerStars Championship Macau runs March 30-April 9.

Plenty of big names are expected to attend the event, including Team PokerStars Pros Celina Lin, Bertrand ‘ElkY’ Grospellier, Chris Moneymaker, Andre Akkari and Felipe ‘Mojave’ Ramos.
“Personally, I really love Macau, it has a very unique vibe, and is a wonderful mix of culture and style, from some lavishly luxurious settings in the most well known hotels, to some of the most traditional Portuguese or Chinese places,” said Team PokerStars Pro Bertrand ‘ElkY’ Grospellier.

“The skyline is quite similar looking to Las Vegas - I really do enjoy it, it’s so magnificent and beautiful at night. As a poker player, the PokerStars LIVE Macau poker room in City of Dreams is just that - a dream! With the most comfortable chairs, tables and professional set up, all ran by the very experienced staff at PokerStars. Add in a huge schedule of tournaments, and I can't wait to get back there!”

SWEET GUARANTEES & KEY DATES
The schedule for PokerStars Championship Macau is jam-packed with games and buy-ins for players of all kinds with highlights including the HKD$400,000 Super High Roller, the HKD$42,400 Main Event and the HKD$103,000 High Roller. In addition, the National Championship will carry a HK$2 million guarantee and the Asia Open will have a HK$1 million guarantee. Key events include:

ENDLESS ENTERTAINMENT ON & OFF THE FELT
Whilst poker will take centre stage during PokerStars Championship Macau, there will be no shortage of entertainment throughout with the unmissable Player Party, co-sponsored by Red Bull, at the famous Pacha Macau on April 5; discounts to the signature shows at City of Dreams Macau and Studio City; a Foosball and Beerpong night; day tours of Macau's local attractions and historical buildings; and more. Further information on StarsFun activities taking place during the event can be found here.

After PokerStars Championship Macau, PokerStars returns to Monte Carlo for its first Championship along the iconic French Riviera. The schedule will feature a wide variety of re-entry events, High Rollers, lower buy-in tournaments, including progressive Super Knockout formats, additional deep stack events, and increased registration times. On April 2, there will be a 25-package guaranteed satellite to the Main Event and a 10-package guaranteed satellite to the National Championship online at PokerStars. Players also have the opportunity to turn €10 into a PokerStars Championship Monte Carlo package worth more than €8,500 by playing fast-paced, special edition Spin & Go tournaments on PokerStars until April 10.