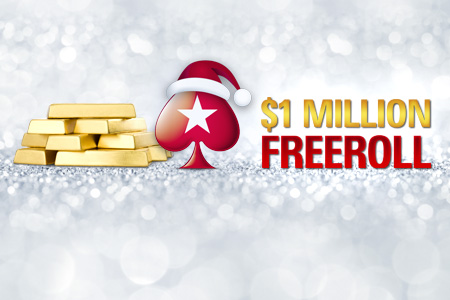 ONCHAN, Isle of Man – November 21, 2016 – Festive celebrations with PokerStars, an Amaya Inc. (Nasdaq: AYA; TSX: AYA) brand, begin early with the start of the popular poker site’s Christmas Festival. A six-week extravaganza launches today, November 21, and includes the final $1 Million Freeroll of 2016 and a special Monday Million tournament with a guaranteed $2 million prize pool. More than $5 million will be awarded to players around the globe in a fun and diverse range of online poker giveaways, challenges and tournaments. Festival highlights include:

Team PokerStars Pro Chris Moneymaker, said: “Playing online at PokerStars has led to one of the best experiences of my life. Who knows, one of the Christmas Festival tournaments or games could be the start of an epic ride for another talented new player.”

PokerStars’ Christmas Calendar runs from December 1-25 offering $2 million in prizes throughout the holidays. Every day, players will be able to unlock a new promotion or activity to complete in the Challenges window of the PokerStars client. There will be something for everyone to enjoy, including Spin & Go challenges, deposit bonuses, freerolls and giveaways a-plenty that offer lots of chances to win a share of the $2 million in rewards and bonuses up for grabs.

The seasonal celebrations conclude on December 26, when the usual Sunday Million tournament becomes a special $2 Million guaranteed Monday Million, featuring a first-place prize of $200,000. The tournament will begin at 14:30 ET and carries a $215 buy-in. Online Sit & Go satellites to the event will run around the clock throughout December.