€75,000 in PokerStars Championship Barcelona satellite tickets to be awarded over next three Sundays 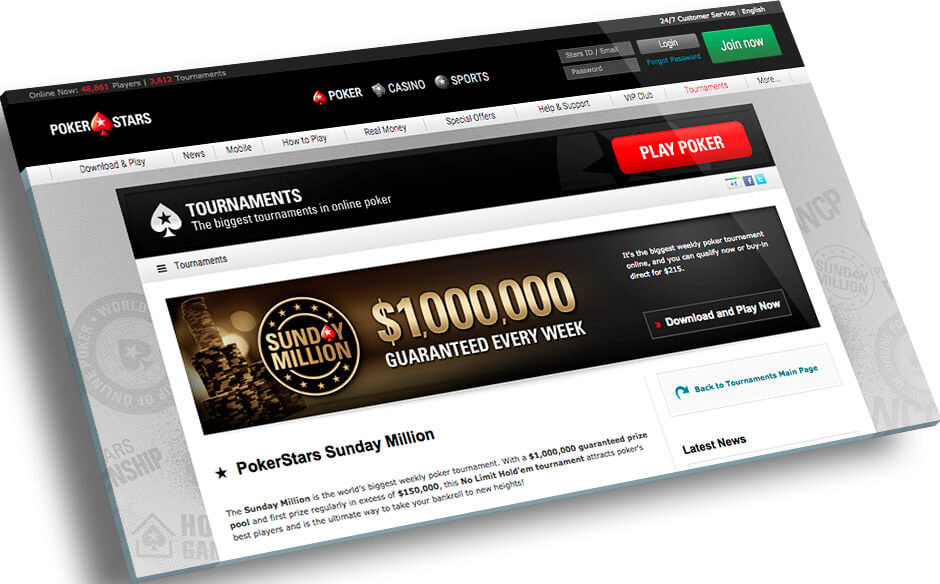 ONCHAN, Isle of Man – June 15, 2017 – PokerStars, an Amaya Inc. (Nasdaq: AYA; TSX: AYA) brand, is halving the buy-in for this week’s Sunday Million from $215 to $107.50 while retaining the $1 Million guarantee, so the world’s biggest weekly online poker tournament will represent extraordinary bang for your buck this Sunday, June 18.

“If you like playing cards, PokerStars is the only place to be on a Sunday, with the most exciting tournaments and the biggest guarantees. Halving the buy-in of the Sunday Million just doubles the fun!” said Mike Jones, Poker Operations Manager at PokerStars. “Poker players love value and the half price Sunday Million delivers: it has the same $1 million guarantee, plus €25,000 worth of PokerStars Championship Barcelona satellite tickets are being dropped at random on players who are seated at the 50 minute mark.”

Players can register for the next Sunday Million on the PokerStars mobile or desktop clients.